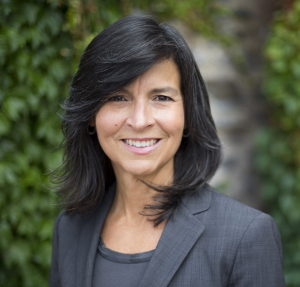 April LaMon had an innate curiosity and sense of attraction toward marketing and consumer behavior from very early on. Throughout her career, she worked with global companies such as PepsiCo., Kraft Foods Group and Armstrong World Industries — all of which were highly data driven. This experience ultimately led her to co-founding Lead In-Site, a provider of senior living industry online research behavior, with her business partner Michael Swanson. The company quickly grew in prominence and popularity, to the point the two were tapped by a master-planned community developer in Southern California to address a growing need: a native mobile app to support community lifestyle services. From there, Alosant and the Alosant ResX solution was born.

In 2017, the team developed a solution: a comprehensive, community-branded lifestyle app to house ‘everything in one place,’ from event calendars and amenity passes to outdoor recreation maps, business listings, and more. The app was an instant hit among community residents, achieving an 90% adoption rate in the first three months.

Since then, Alosant has grown exponentially, and through its Alosant ResX solution, the company now powers native apps for more than 50 of the fastest growing and most progressive master-planned communities across the country.

CONSCIOUS ENTREPRENEURSHIP — What meaning do you give this term?

My job, my role, my desire as a conscious entrepreneur is to be in a constant state of learning and to avoid feeling like I am in a place of knowing. The world is changing so quickly and if I feel so set in my ideas, I might miss something that could be really vital and important to the company, to the people who work here, and to myself.

To me, the idea of being really conscious and purposeful about what I’m doing is to be in an eager state of learning, a state of curiosity, and a state of “what else?” vs. “I already know.”

CAREER — What led you to your particular career path?

I’ve always been intrigued by trying to understand why people do the things they do, as well as frustrated when they articulate what they say they will do and then I observe them doing something else. That discernment led me to marketing and consumer behavioral marketing, in particular. I’ve had great opportunities in my career to play with that idea. Whether it was in a transactional environment at Pepsi where we wanted to be at arms-length every time someone got thirsty to integrating futuristic augmented reality components into our Alosant software before it’s even requested.

When I look at that trajectory, particularly in the rear-view mirror, I see that I have leaned into that paradox throughout my career.

MENTORS — We all need a little help along the journey. Who has been an invaluable mentor for you? Can you share a story about how they made an impact?

Between my first and second year of graduate school, I went to work for General Mills and was introduced to Ann Fudge. She just struck me as such an authentic person and it was incredibly compelling to me to meet this woman, working in 1986 in a senior position at a Fortune 100 company.

Seeing an African American woman in a leadership role was something I identified with considering my Mexican heritage. Ann didn’t look like everyone else and that really helped me believe that I could fit into this world, too. It was possible to be me…I could be a woman, I could succeed, and I could create my own path. Later that year, I took the opportunity to follow Ann from General Mills to General Foods and continued to work in her organization for several years.

The most powerful memory I have of Ann was her standing at the coffee station with tears in her eyes. I said, “oh my gosh, what’s the matter?” and she said, “Oh no I’m fine, my baby started high school today.” She had such a unique way of exemplifying humanity while at the same time being a powerful force in business. I just thought in that moment, this is the person I want to be like. I was fortunate to work with her in the late 80’s during those formative years of my career.