Covid-19 Is Giving the Multigenerational Home Business a Big Boost

Reluctant to send their elderly parents to senior-living facilities, some homeowners are building properties equipped to house extended family

Theresa “Tree” Hale, a 70-year-old retired paralegal, didn’t particularly want to move from her home of 40 years. But in July, she and her husband, Ron Hale, closed on a newly built house about 20 minutes away in Tolleson, Ariz. Her motive: The home was builder Lennar Corp.’s Next Gen design, featuring a first-floor suite with its own bedroom, living room, kitchen and bathroom. It would be the perfect place for Ms. Hale’s mother, 95-year-old Thelma Hall Williams, to live.

“We did not want Mom in any kind of group home setting, especially because of Covid-19,” said Ms. Hale. When Ms. Williams, who only this year retired from a 72-year-long career in nursing, saw the new home “she said this was just good enough to give her sufficient independence, and me peace of mind,” Ms. Hale said.

The Hale/Williams family is part of a shift that has emerged during the pandemic. It is a change that worries providers of traditional senior housing, but offers opportunity for other players.

Covid-19 has caused occupancy at assisted-living facilities and independent-living centers to slide by more than 2.5% in each of the last two quarters, the largest drop in occupancy on record, according to data from the National Investment Center for Seniors Housing & Care, a trade group for providers. The number of occupied beds at skilled-nursing properties has dropped even more, by just over 12% since the first quarter of the year, according to NIC.

Meanwhile, home builders are selling more houses designed for multigenerational living and rolling out more new designs for people who want their elderly relatives to live with them. Builders of accessory dwelling units—the technical term for backyard houses that can function as separate living quarters—say interest has exploded since lockdowns began. 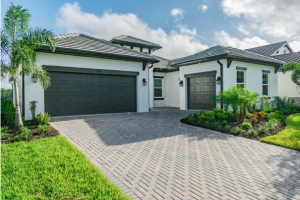 Miami-based Lennar Corp., which closed on roughly 51,000 homes last year, will likely increase its Next Gen home sales by more than 20% compared with last year, said Jon Jaffe. the firm’s co-CEO and co-president.

Over the past seven months, Toll Brothers has increased the number of homes that offer its MultiGen option by 12% when compared with the prior year, said Doug Yearley, chief executive and chairman. The luxury builder delivers over 8,000 luxury homes a year that sell for an average of $800,000, he said.

Ed Suchora, area president for the Sarasota Division of M/I Homes, which builds about 7,000 homes nationwide a year, said the company recently created a new floor plan that incorporates a separate, multiroom space into the main floor of the home to fulfill a variety of needs, ranging from housing for an aging parent to home-office or home-schooling space. 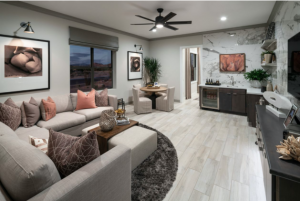 The plan has been a big seller in the company’s Woodleaf Hammock community within a master plan development called Lakewood Ranch in suburban Sarasota, Fla., where homes sell for between $400,000 and $800,000. In Rivo Lakes in Sarasota, a similar design has also been highly successful, Mr. Suchora said, selling for between $600,000 and $1 million.

ruce Thompson, chief executive of Urbaneer, a company in Grand Rapids, Mich., specializing in compact living solutions, launched a prefabricated ADU line in January. The ADUs cost between $125,000 and $200,000, permits and construction included, Mr. Thompson said, and range from 399 to 1,200 square feet. So far, the company has shipped 10 units and fielded hundreds of inquiries, Mr. Thompson said.