The media landscape is more dynamic than ever. Given the near-constant stream of news we digest daily, it is sometimes easy to overlook the heartwarming headlines that can brighten our days and enhance our worldviews. At O&G, we recognize the value imbued in this good news, as well as the importance of preserving it.

Here are some of our agency’s favorite feel-good stories of 2019. 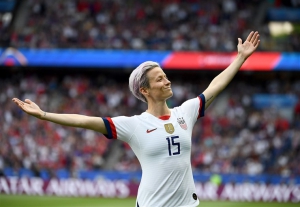 The U.S. women’s national soccer team brought the country to its feet when it won the 2019 World Cup after beating the Netherlands 2 – 0. The historic victory was the fourth in the team’s history, and it solidified the star status of Co-Captain Megan Rapinoe. She quickly became an icon for women’s rights, using her platform to address and call attention to issues of fair pay and inclusiveness in sports. The team’s triumph, and Rapinoe’s recognition, underscored the fact that everyone should be granted the opportunity to achieve their goals. 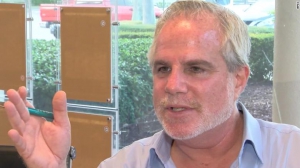 Most of us cringe at the sight of another “Florida Man” headline. One notable exception, however, was this heartwarming story of a Palm Beach County man who, upon learning that hundreds of kids at a local elementary school owed money to the school’s lunch program, paid the students’ remaining balances in full. His simple contribution of less than $1,000 caught the attention of other locals and ended up launching a quarterly student-lunch fund. 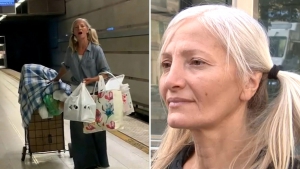 Emily Zamourka’s lifelong dream was to become a singer, a dream that was nearly destroyed when her violin was stolen from her on the streets of L.A. three years ago. Now, thanks to a viral story and video, the struggling artist has garnered thousands in GoFundMe donations and even piqued the attention of a Grammy-winning music producer. We are excited to see what she accomplishes in the next decade. 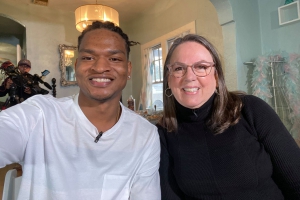 A good viral story can be a gift that keeps on giving. Such was the case for Jamal Hinton and Wanda Dench, who delighted the internet with their tale of friendship-by-chance. In 2016, Dench texted Hinton by accident thinking he was her grandson. The viral exchange resulted in Hinton being invited to Dench’s home for the holiday—now a tradition of sorts. This year, the two enjoyed Thanksgiving together with friends and extended family, and we look forward to seeing them together for years to come. 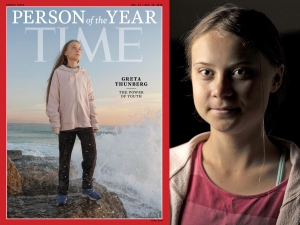 Sometimes the youngest figures can be the most inspiring. When 16-year-old Greta Thunberg delivered an intense speech on climate change to the United Nations in September, the world listened, and it reacted. Her selection as TIME’s 2019 person of the year was surprising but appropriate. Thunberg quickly became a living symbol for climate-change activism, energizing people of all ages and countries to pay attention to the world around them.

While newsfeeds in 2020 are sure to be just tumultuous as this past year, we look forward to telling and sharing the stories that inspire and spread positivity.