The Galaxy Note 7 is literally blowing up Samsung’s market value.

Samsung Electronics Co. is facing company crisis as one of the world’s leading smartphone makers deals with a recall of its newest devices following reports of exploding batteries.

Since the company announced its recent recall of the Note 7, more than $14 billion has been wiped off the company’s market value, according to the NY Times.

Here are three lessons we can learn about crisis management from this unprecedented recall:

1. Proactivity can win back customer confidence.

How a company handles a crisis is crucial in keeping customers happy. Consumer confidence is very much dependent on a company’s ability to solve the problem and fix it. This has proved troublesome for Samsung, as they were not able to get to the bottom of the issue for weeks and did not communicate well during the scramble.

Consumers crave specific direction and communication, especially when the crisis involves personal danger. Samsung failed to give costumers any sort of plan. A smooth and decisive response by your business can actually win back some of the good will you lost in the first place.

Timeliness is the key to crisis communication – but should not be prioritized at the expense of truth. Even in a state of uncertainty, it’s better to be transparent about the situation rather than to disseminate inaccurate guidance. Samsung learned this the hard way.

Earlier this month, Samsung released a statement in Hong Kong assuring customers that their phones used a different battery and were, therefore, unaffected. However, the next day Samsung was forced to retract that statement when they realized that 500 phones in Hong Kong had actually been affected. Samsung would have been better off telling Hong Kong customers to turn off their phones while they investigate their safety. Transparency is becoming increasingly important with consumers today.

This could have been avoided by proper crisis management prior to the crisis. Before the smartphone’s release, a crisis management team should have discussed all the possible problems and created plans accordingly. Anticipation is an important part of crisis planning.

Samsung’s recall wasn’t conducted through the U.S. Consumer Product Safety Commission  – the way recalls in the U.S. are legally supposed to occur. Once the CPSC issues a recall, it typically becomes illegal to sell or resell the affected product until it is repaired.

Samsung initially announced that it would delay shipments of the Note7, following scattered reports of explosions in the Korean media. The following week, the company announced its own voluntary replacement program, but did not inform the CPSC about its decision prior to making that program public. This frustrated consumer advocates and others who said that Samsung’s actions were not in line with U.S. protocol or laws governing recalls.

Now, the government is essentially taking over this recall in the U.S., and that will leave a very poor stigma for the electronics brand.

It remains to be seen how Samsung will wrap up this crisis, and it’s a good reminder for all brands to plan carefully before new product launches. We at O&G will keep an eye on the issue… via our non-exploding iPhones. 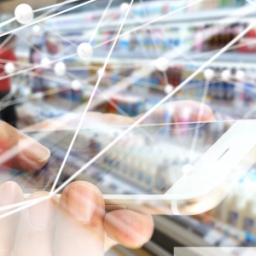 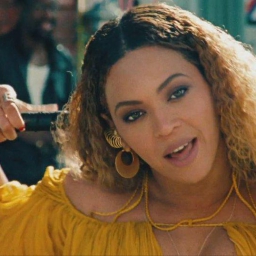 How to Successfully Launch a Product – The Beyoncé Way

By: Sasha Blaney Beyoncé has given only one interview in the past two and a half years – yet every time…

By Jillian Goltzman If you know O&G, you are well-attuned with our mission “Good People Make Good News.” Sometimes, in…

By Jeff Bray I cringe when I see, or hear, the English language used improperly. As O&G’s self-proclaimed “Grammar Guru,”…